« Robin Fincker is so clearly inhabited by his music that is grabs us physically. One has the impression of hearing his actual voice as opposed to the sound of his instrument. » Citizen Jazz

French saxophonist and clarinettist Robin Fincker (7/7/1980) is a prominent figure of the European creative-music scene. He has been described as an “ultra-virtuoso from whom each following wave instills the impression of creation” (Liberation) and has developed an instantly recognisable sound enthused with stylistic freedom through mixing  improvised-music, jazz, traditional folk-music, rock and electronic music.

Having lived in London between 1997 and 2009, his musical collaborations show an insatiable appetite for building sonic bridges and collisions. He has played with a wide range of key bands and musical-figures of his time including  Vincent Courtois, Benoit Delbecq, Hilmar Jensson, Daniel Erdmann, Julien Desprez, John Parish, Pierre-Alexandre Tremblay, Aquaserge, Bill Frisell, Pascal Niggenkemper, John Greaves, Evan Parker, Kit Downes, Paul Rogers, Surnatural Orchestra and the Orchestre National de Jazz  amongst many others.

Interested in the transformation of set musical languages through improvisation Robin has led several projects based on contemporary reworking of traditional music such as the West-African sabar meeting Outhouse-Ruhabi, the trio with Paul Rogers dedicated to Charles Mingus' songbook Whahay  and more recently the folk-infused Bedmakers and Future Folk Stories.

His other current works include the trio Deep Ford with Benoit Delbecq and Sylvain Darrifourcq whose release You May Cross Here (BMC) led him to be called “one of the great consecrations of 2020” by Jazz Magazine, Bize a duo with flautist Sylvaine Hélary and the trio Shadowlands with Kit Downes and Irish singer Lauren Kinsella.

Since 2012, he is a close collaborator to cellist Vincent Courtois in many ensembles including the long standing Courtois/Erdmann/Fincker trio

He was a founder of London's Loop Collective  considered in its time as a major force on the new British jazz scene and is now an active member of the Collectif Freddy Morezon.
Robin studied at the  Guildhall School of Music (London) and the Conservatoire Superieur de Musique de Paris (CNSMDP) and has been awarded several grants and commissions for his work by the Ministry of Culture, CNM, SACEM and Diaphonique.
His discography holds over 30 recordings including 11 as a leader/co-leader and his music was recorded several times for radio programs on BBC, Radio France or WDR 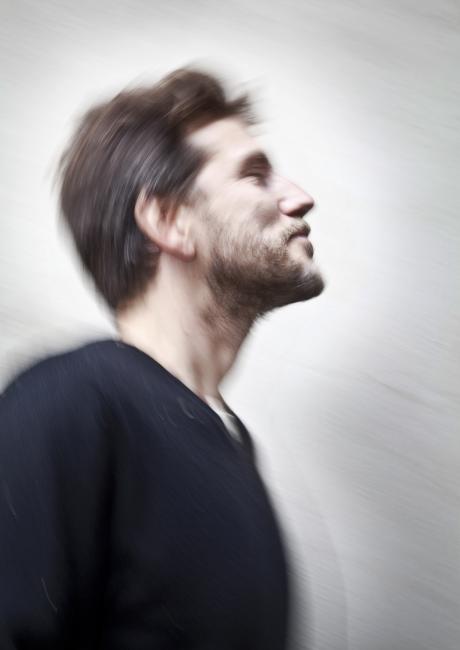